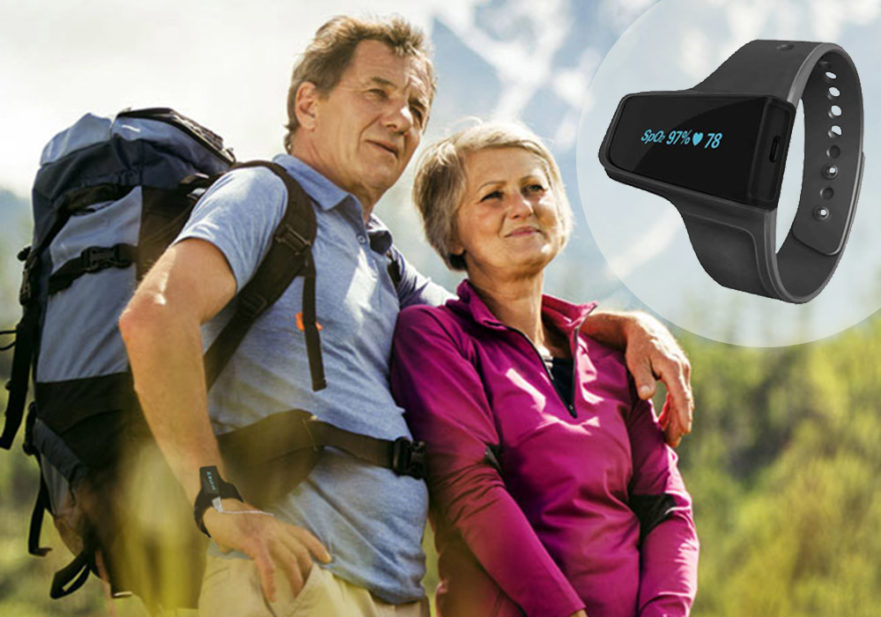 I had lung disease for a while, but last year it felt I was getting worse, I quickly realized that I have drops in O2 sats on walking exercises, which concerned me. After some research it pointed to an associated condition of Nocturnal (o2) Desaturation, so to find out I bought the O2 Vibe and got one in May 2018 from Costco. It confirmed that I have night desaturation. This thing is comfortable and intuitive and accurate. The app is simple but does its job. So with the data I saw my doctor, who started a number of tests that confirmed my compromised lung condition. with some meds I improved a bit, but night desaturations continued, so my doctor ordered low oxygen while sleeping which now I monitor almost nightly this with the O2 Vibe. it indicated that my desaturations on low oxygen treatment was occasional and mild. I feel much better overall and my brain is energetic on waking up. Very useful at many levels: initial suspicions, confirm low O2 sats, monitor your lungs, monitor therapy etc. I compared side by side sats reading with clinic ones and the O2 Vibe is accurate.
I also use mine when I go to the gym, on walks and when I fly over 2 hours long to monitor the fall of O2 sats in the cabin and cruising elevations. After I lost mine in one flight, I had to immediately buy another.

This is a well thought of, well made product, that fulfills a very important need. It is a Prosumer device, that will help many people. Also my doctor is happy to see the results stored in the app and if they have doubts they can order their own tests. ( after they ordered their own tests and confirmed my own results, they trust the O2 Vibe as well).
I am a fan. – Tazz (Costco.com Review)
#O2bedtimestories, #bodimetrics, #o2vibe, #sleepapnea, #pulmonaryfibrosis, #lunghealth, #schleroderma, #IPF, #lung, #breathe

Any cookies that may not be particularly necessary for the website to function and is used specifically to collect user personal data via analytics, ads, other embedded contents are termed as non-necessary cookies. It is mandatory to procure user consent prior to running these cookies on your website.